Satellite navigation has become an emerging positioning source for a wide range of applications, many of which are going much further than the traditional transport sector, i.e. civil protection including emergency management which is addressed here. Practically all of the current applications rely on GPS signals, sometimes also exploiting regional or local augmentations for better accuracy. As applications also move into safety-critical or other areas where service reliability is of concern, users and service providers alike are becoming aware of the importance of service qualities and, ultimately, guarantees. As a first step, an integrity signal is ready to be provided with the EGNOS service. After the Galileo system deployment, full-scale service guarantees will be possible with Galileo on certain signals. Along with the performance evaluation, the potential for revenue-generation will be analysed. 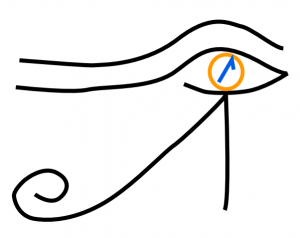 The main goal of the VASER project is to provide a solution to be used by users in the field of disaster management activities. The VASER consortium proposes a system that brings together EGNOS/Galileo navigation technologies and the most advanced visualisation technologies to support the tasks performed in a disaster mission control centre. These tasks include the provision of important information to the teams in the field regarding their location, those of surrounding teams, dangers and victims, and support means. The architecture of VASER serves the location-sensitive information exchange. The architecture relies on the integration of four elements: navigation, communication, GIS and multimedia.

Six demonstration campaigns were successfully performed to test the VASER system and to present it to the public. The VASER mission centre (VMC) software provided a 3D model of four different scenarios. The user communities welcomed the concept of visualisation of the scenario in the service centre. They also agreed to exchange information with the mobile units, but depending on the application, different information will be exchanged. Several enhancements for the VMC software and hardware have been identified. The position accuracy is satisfactory, although there are a number of effects which should be taken into account during future developments. The VASER architecture proved to be feasible for security relevant applications. The concept of visualisation in the service centre was followed by the user community with interest and the capabilities of a pedestrian navigation prototype acknowledged.

Name of the Project: Visual Awarness System for Emergency Response